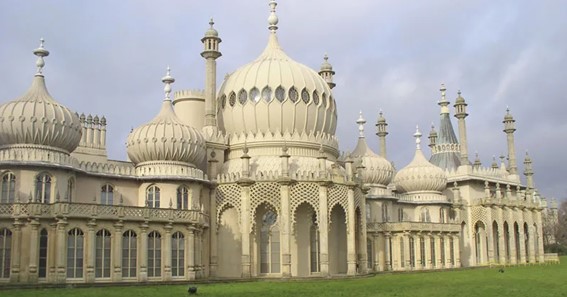 Brighton is a richly historic seaside resort town in England, 47 miles south of the London capital. Fifty-one miles of coastline along the English Channel make up this beautiful destination. To countrymen, it is a well-known, frequently visited destination. However, not many, locals and tourists alike, are aware of its past.

Contents
1 It wasn’t always called Brighton
2 It has and continues to be, a fisherman’s village
3 The early days
4 Medieval times in Brighton
5 Devastation and rebirth
6 A time of war and storm
7 The population boom of the 18th century
8 Moments of cultural significance
9 A modern expansion
10 Brighton today

Brighton was formerly referred to as Beorthelm’s farmstead, only centuries later would it come to be known as Brighton. Located in southeastern England, it is considered a historic county of Sussex because it began as a Saxon village in the 5th century.

It has and continues to be, a fisherman’s village

Fishermen and farmers together lived around the central geological feature, above and below the chalk cliff, when it was first formed.

In 1185 the first official record of the Church of St. Bartholomew in Brighton began.

In the year 1313, Brighton was allowed a document that gave its people certain liberties, which then grew it into a market town. Envision markets filled with people, there to buy their goods of fish, corn, pig, and general needs. Thanks to the busy markets, the town became busy with travelers at the annual fair.

Brighton in Medieval times had only four streets that made up the town. They were appropriately named for the directions in a compass—North Street, West Street, East Street, and South Street— and soon later added to Middle Street.

Unfortunately, in 1340 the rapidly moving waters of the ocean eroded 40 acres of farmland which resulted in a decline in goods.

Under the reign of Henry VIII, Frenchmen came to Brighton in 1514 and burned all the town’s homes and buildings to the ground. It became a historic attack that would go down in history books. However, the raid gave way to the first map of the city.

Fortunately, by 1580 Brighton began to become its former self again, a bustling town with a population in the thousands. As a fishing village, it soon contained 80 fishing vessels. Then, in 1660, one writer referred to the city the name we call today, Brighton.

A time of war and storm

The late 17th century is when the town of Brighton took a turn. The war between England, France, and Holland cost the formerly busy town its livelihood as the fishing industry began to decline, made only worse by a storm in 1703, and another in 1705. The sea wreaked havoc on the shoreline and the cliff that defines it. As a result, the population in the early 18th century fell to 1,500 inhabitants.

The population boom of the 18th century

Brighton saw its biggest population growth in the 18th century when it doubled in size and emerged as a modern society. This was, in part, thanks to Dr. Richard Russell, who advocated for seawater as an ailment and set up his very own practice in Brighton in 1754. And soon after, a visit by the Prince of Wales and his companions in 1783. Upon his arrival, many wealthy socialites followed his lead and began to frequent the seaside town. In addition, hundreds of new houses were built. To accommodate the growing number of residents and visitors more streets were added to Brighton as a means of getting around.

Many historic things were built in the 1700s and 1800s. An assembly room was constructed at the Old Ship Inn in 1767, as was another at the Castle Tavern that same year. A newly constructed Market House was built in 1773. The first theater opened on North Street in 1774. The grammar school welcomed students in 1789. In 1793 Preston Manor was established.

A pier was built in 1823, it welcomed its first steamship full of passengers by 1824, which arrived from northern France. The Brighton Gazette published its first issue in 1831. In 1841 Brighton received its first railway station and by 1883 it became an electric railway, which carried people to London.

By 1850, not even a century after the population boom, as a result of the newly installed transit system upward of 250,000 people began to visit Brighton every year, and in 1861 it is estimated that Brighton’s population was near 65,000 people. To accommodate the growing population, Brighton General Hospital was built in 1867.

When you visit Brighton it’s best to get wrapped up in the history and appreciate the beauty that sits right in front of you. Conveniently discover luggage storage in Brighton so that you may explore this historic town, deeply rooted in the past. Visit all of the original structures without the hassle of luggage by your wayside. Take photos by the seaside, without the excess baggage.